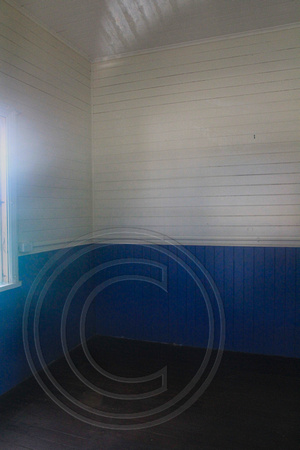 Tuncurry's historic Keepsake Cottage was built in 1901 by Simon Hemmy, an engineer at John Wright's sawmill, from the flotsam from the shipwreck of the Empress of India. Just one year after its construction Vincenzo Fazio purchased the cottage and added a fish shop to the back. The cottage had remained in the Fazio family for generations and had for many years been promised by the recent developer for erection on land adjoining the Great Lakes Museum in Capel St Tuncurry, however unfortunately that was never able to be achieved.
After an engineers report was obtained in late April 2015 declaring the building structurally unsound the developer, in late May 2015, commenced demolition of the historic old cottage.
There has been at least some hope of the building being saved however as the owner of the 'Old Darawank Schoolhouse', Andy Payne, has reached agreement with the developer, Harley Longbottom, to remove the cottage for re-erection on his his property at Darawank, just north of Tuncurry.
I managed to get these shots just weeks before the demolition including some interior shots taken through the front windows.
See a photo and more information HERE of members of the Great Museum on the steps of the cottage
© * BLACK DIAMOND IMAGES *
Powered by ZENFOLIO User Agreement
Cancel
Continue