Galleries 21
Collections 0
Groups 0
Our 17 day Republic of IRELAND & Northern Ireland Trip commenced in Dublin on 20th September 2016 and concluded in Dublin on 7th October 2016. - See MAP
Because of the arrival of a friend in Belfast in a few days time our route was not the usual one, heading across country to Londonderry (Derry) and returned east via the Causeway Coast to Belfast.
From Belfast we headed back up the Causeway Coast to Cushendall before heading back across to Malin Head, Ireland's most northerly point.
From Malin Head we headed down the west coast following the Wild Atlantic Way to Old Head of Kinsale, not far from Ireland's most southerly point at which point we turned north to Cork, Blarney Castle and Kilkenny returning to Dublin across country on minor roads via Glendalough and the Wicklow Mountains.
3.100+ km around an amazingly scenic country with so much more left to see on a possible future trip. We rarely took main roads, preferring smaller towns, national parks, coastal routes, harbours and beaches to larger towns. Throw in a serving of historic castles, priorys, pubs, and Irish singing and dancing and Ireland became one of our most memorable holidays. Ever present rock walls and narrow country lanes do present a high risk driving concentration challenge so a 'Nil Excess' insurance package on your hire car is well worth considering.

Please note - These Ireland Galleries are a collection of IPone 6S and Canon 60D images with the lower file numbers the IPhone images.
Due to time constraints I have so far made no efforts to cull images at this time and may not get around to doing so. Eventually however I will select the best images for export across to my Flickr Black Diamond Images account where I will title tag and geolocate all images and add a description on many images.

The IPhone and Canon files have been merged to keep them in roughly sequential order of places visited although the order may not be exact.
The IPhone6S images have assisted with geolocating the Canon 60D images and it was also useful for panoramas.
Any panoramas created from the Canon photos was made in Microsoft Image Composite Editor.
Almost all the Canon 60D photos and some of the IPhone6S photos have been very basically edited in Microsoft Photo Editor although some of the IPhone6S photos may have been pre edited in Google Photos.
© * BLACK DIAMOND IMAGES *

14. Gallway via Cliffs of Moher to Lahinch 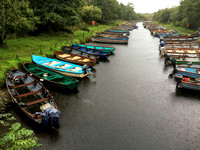 20. Kilkenny Via Wicklow Mountains to Dublin 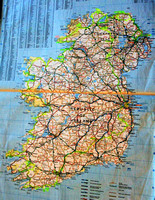